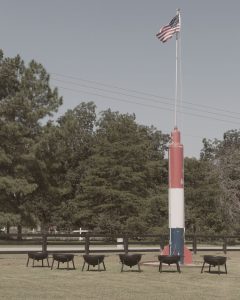 Lamar Bowen (called by many L-BO) farmed for 38 years, during that time his love for building and inventing never changed. Working on farm equipment, using metal, gave Lamar the idea to build himself a grill large enough to cook a whole hog. This grill turns into the L-BO Cooker. 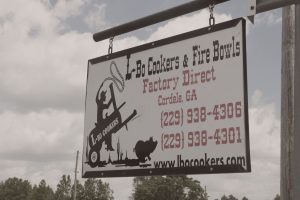 Later, after seeing several small fire pits, he decided to build a fire bowl that would last a life time. His grandson wanted to cook on his fire bowl. This became the L-BO Fire Bowl and Grate also used for cooking. His grills and bowls are now owned by hundreds of customers around the state plus a few other states. Products range from both charcoal/wood box or gas grills, fire bowls, grates, pizza ovens, oyster steamers, tables, tripod racks, culvert pipes and most anything you can come up with. L-BO is proud of his products and knows they will last for many years of family fun and cookings.

Cooking on an L-BO Cooker is like using a convection oven. You can bake as well as grill on an L-Bo Cooker. L-BO Cookers are made to last a life time!